About Our Board Members 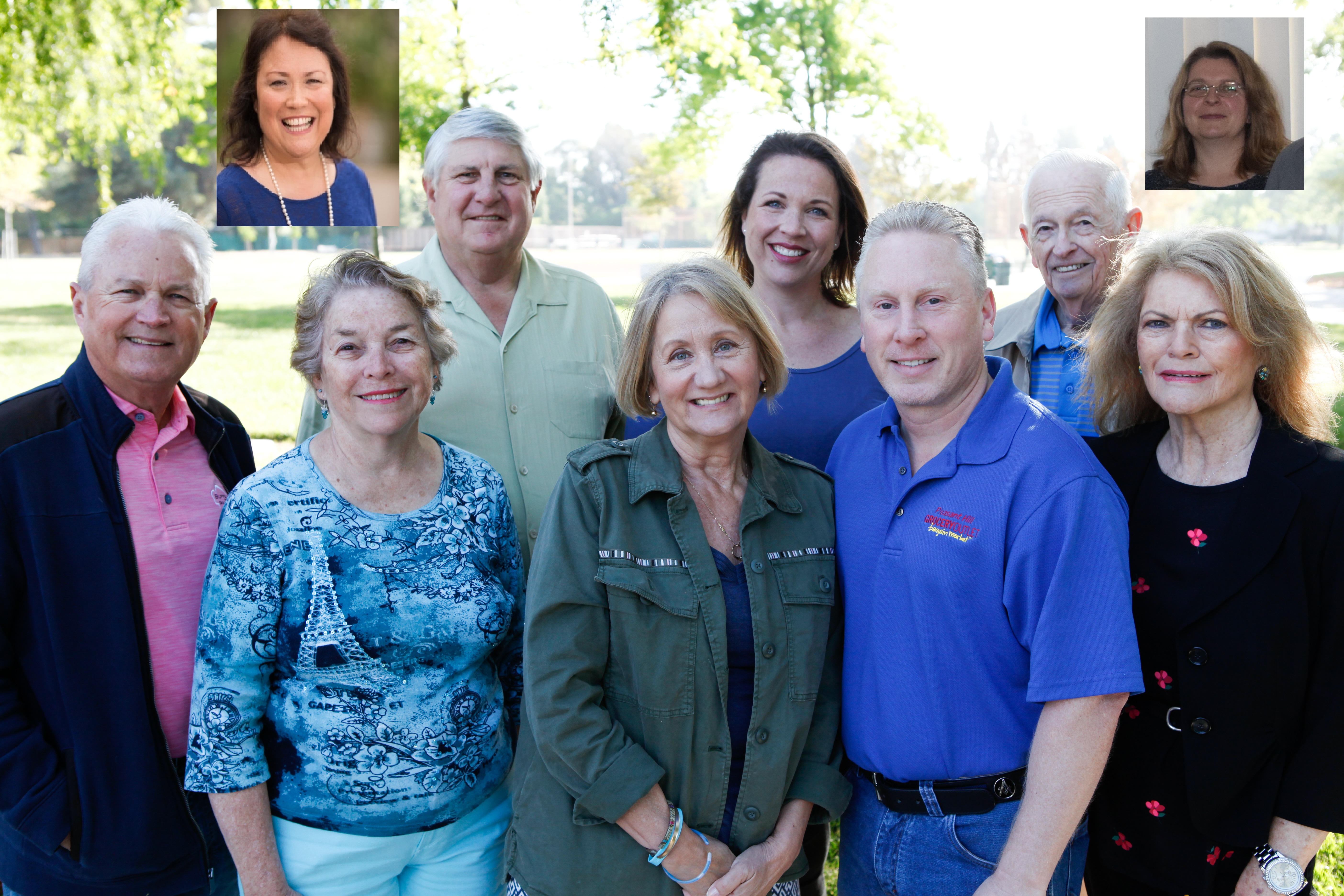 Kendra was born and raised in Pleasant Hill along with her three brothers. After getting her degree from Chico State University, Kendra moved back to Pleasant Hill where she was hired by Pleasant Hill Recreation & Park District in 2004 as the Program Coordinator at the Senior Center. Kendra now works as the Supervisor at the Pleasant Hill Senior Center and enjoys providing recreational, social and educational programs for seniors in the beautiful new building. Kendra is loving being a new mom to Mackenzie Ann (born July 2016) and in what has become very little “spare time” enjoys wine tasting in Livermore, visiting family in San Diego and having movie dates with her husband.

Harold (Hal) Jeffrey and his wife and children moved to Pleasant Hill in early 1961 to be closer to his audit work location for the State of California. He transferred from state service to the federal Energy Department and in 1966 moved about the country on various assignments. He retired as Assistant to the Regional Manager of Energy’s Office of Inspector General in 1994. Hal and his wife moved back to Pleasant Hill in 2003 and travelled to Asia and Europe and visited their grown children about the country until his wife’s passing in 2009. Hal graduated from UC Berkeley and belongs to its Alumni Association. He holds an active CPA license and Certified Internal Auditor designation and pursues volunteer opportunities as well as maintains a still and video photography hobby in Pleasant Hill. He joined the Pleasant Hill Community Foundation as a director in May 2014 and has served as Treasurer since July 2014. Hal previously served as a member of the PH Recreation District’s Bond Oversight Committee for four years and received special awards for his service. He has volunteered as part of the photographer team for the PH Chamber of Commerce’s Art, Jazz & Wine festival for the last three years and for several other community events.

Betty Geishirt Cantrell moved to Pleasant Hill with her husband, daughter and son in 1995 and joined the board of the Pleasant Hill Community Foundation in 2000.  Betty brings her expertise in managing nonprofit organizations to the Foundation — from a Rape Crisis Center in Louisiana, to a psychiatric hospital in Tennessee, to a Sex Offender Treatment Program in New York. Since coming to Pleasant Hill, she has been the development director and program administrator at nonprofits and the project director for a major NIH-funded research grant. Betty is currently the Director of SparkPoint Contra Costa with four locations across the county that help people reach financial stability. She was named to the Contra Costa Women’s Commission Hall of Fame in 2014 for her work at SparkPoint. Betty and her husband have a competition BBQ team and also enjoy wine tasting, cooking and travel.

Bob recently retired as General Manager for Pleasant Hill Recreation & Park District where he was employed for 40 years. He is still teaching part-time at Diablo Valley College. Bob grew up in Pleasant Hill, attending all Pleasant Hill schools including Pleasant Hill High School (Class of 1970).  He completed his undergraduate education at UC Berkeley and received his Masters in Public Administration from John F. Kennedy University. Bob joined the Board of Directors of the Pleasant Hill Community Foundation in 1986. He has directed the Foundation’s Golf Classic for over 10 years.  He is also a member of the Rotary Club of Pleasant Hill. Bob enjoys being with his three grandkids, playing golf, and attending Cal games (both basketball and football, Go Bears!!). He enjoys trips to Wyoming where he and his wife, Donna, are building a ranch.

Born and raised in Washington State. After High School Jason enlisted in the United States Marine Corps and served as a Military Police Officer for 6 years. He then graduated from Western Washington University with a BA in History in 1995. While attending college and after graduation Jason was employed by the Nooksack Indian Tribe and held the position of Tribal Gaming Director for the Nooksack River Casino. In 1997 he began his career in the Grocery Business with Haggen/Top Foods based out of Bellingham, Wa. While employed with Haggen Jason was selected and attended the University of Southern California for a business certificate program. It was while at USC that Jason’s motivation to own his own business began and in 2006 Jason ended his 9 year career with Haggen and began the process of owning his own Grocery Outlet. In June of 2007, Jason, his wife Kathy of 22 years and there three children; Gavin 18, Conor 17, and Haley 14, sold their home in Washington State and moved to Elk Grove to open a brand new Grocery Outlet. In November of 2011 the Olson family sold their store in Elk Grove and purchased the Pleasant Hill Grocery Outlet. Jason & Kathy love living in Pleasant Hill with their family and are involved heavily within the community. Jason is a member of the Pleasant Hill Rotary Club, an Asst. Scout Master for Boy Scout Troop 221 and a member of the PHCF Board. Kathy is a member of the College Park PTA and both Kathy and Jason sit on the Board of Directors for the Grocery Outlet Touching Lives Foundation.